Kuroshio Current May Be Responsible for Climatic Discomfort in Tokyo, Scientists Find

Forty million people living in the Kanto region of Japan, which includes Tokyo, may be able to blame a meandering ocean current for increasing hot and humid summers, according to an analysis conducted by an international team of researchers. The Kuroshio Current flows north, bringing warm water from the tropics to Japan's southern coast. Since 2017, however, it has meandered off its traditional path, turning south before continuing north again. Now, scientists have found that the "large meander" is responsible for the uptick in humidity and temperature.

The researchers, from Tohoku University in Japan and the University of Hawaii in the United States, published their results online on Feb. 1 in the Journal of Climate, a journal of the American Meteorological Society.

"In recent years, it has become clear that the ocean influences climate," said first author Shusaku Sugimoto, associate professor of geophysics in the Graduate School of Science at Tohoku University. "Our study shows that the Kuroshio influences the regional climate - especially through the greenhouse effect of water vapor, contributing to significantly warmer temperatures."

The last large meander occurred for a year from 2004 to 2005 before starting again in 2017. Controlling for other climatic events, such as storms, and considering global warming trends, the researchers assessed the differences in summers during typical summers and summers during which Kuroshio's path took a large meander. 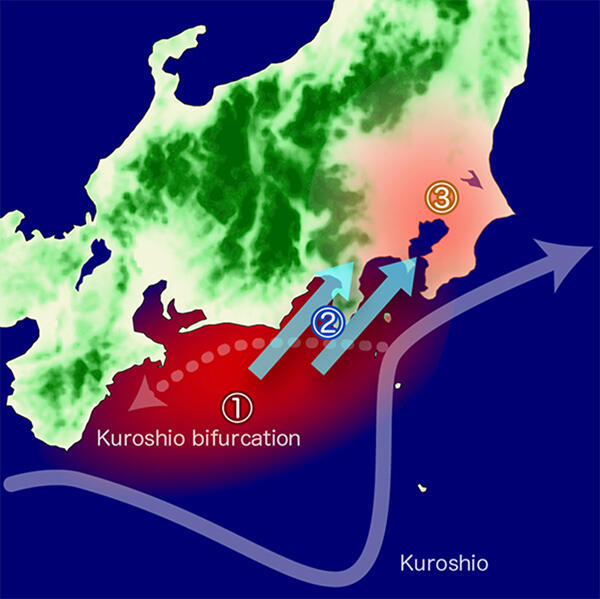