The team leader of the initial analysis for the Hayabusa 2 is Professor Tomoki Nakamura of the Graduate School of Science, Tohoku University. We will announce the results of the analysis when they are published as a paper.

A summary of recent results from the Chemical Analysis Team in the Hayabusa2 Initial Analysis Team has been published in the American scientific journal, "Science", on June 10, 2022.

The sample from asteroid Ryugu returned to Earth by the asteroid explorer, Hayabusa2, on December 6, 2020, initially underwent a cataloguing description (Phase-1 curation) at the facility established at JAXA's Institute of Space and Astronautical Science. Part of the returned sample was distributed to the Hayabusa2 Initial Analysis Team, consisting of six sub-teams, and two Phase-2 curation institutes at Okayama University and JAMSTEC Kochi Institute for Core Sample Research. The initial analysis is designed to reveal the multifaceted features of the sample through a plan of high-precision analysis, with specialized sub-teams assigned to tackle the science objectives of the Hayabusa2 mission. Meanwhile, the Phase-2 curation institutes have specific specialties that are utilized to catalogue the sample based on a comprehensive analysis flow, and clarify the potential impact of the sample through measurement and analysis appropriate to the characteristics of the returned particles.

Reports from the six teams involved in the initial analysis, as well as those from Okayama University and JAMSTEC Kochi Institute for Core Sample Research, will be announced separately as the results are published in scientific journals. After the initial results have been released, a new overall summary of the Hayabusa2 science is planned.

Measurements have been conducted of the chemical and isotopic compositions of the sample returned by asteroid Ryugu by the Hayabusa2 mission. Ryugu was found to be comprised primarily of carbonaceous chondrites, especially the Ivuna-type carbonaceous chondrites known as CI chondrites. The main constituent minerals are secondary minerals that would have precipitated out from aqueous solution in the Ryugu parent body. The aqueous liquid in the parent body altered the primarily minerals that would have been originally present, and deposited the resultant secondary minerals during a time about 5 million years after the birth of the Solar System. The temperature during these changes was about 40℃, with pressures not exceeding 0.06 atm. Subsequently and to this day, the Ryugu sample is believed to not have been heated above 100℃. From these results, it can be concluded that the Ryugu sample has the most primitive characteristics without chemical differentiation of any natural sample available to humans, including the meteorites discovered so far. In the future, the Ryugu sample will be studied internationally as a new Solar System reference material.

The type of material that form asteroids has not yet been well understood. The first Hayabusa mission revealed that S-type asteroid is comparable to ordinary chondrite meteorites, demonstrating for the first time the direct relationship between asteroids and meteorites. Expanding on these results, Hayabusa2 conducted a sample return from the asteroid Ryugu, in order to clarify the relationship between C-type asteroids and meteorites. This paper is the first report in the series of initial analyses that were conducted.

This publication considered the (1) chemical composition, (2) isotopic composition, (3) origin of the constituents, (4) age of constituents, and (5) relationship to meteorites. Due to the wide range of research fields involved, the project is a collaboration between the Hayabusa2 Project Team, and the Astromaterials Science Research Group, as well as international teams that include prominent researchers from around the world.

Figure 1 shows the analytical values for each element normalized by the CI chondrite value. Variations within each element arise from the heterogeneity within the sample, due to the small sample volume (approximately 30mg) that could be used for each analysis. Considering this heterogeneity, the averages sit on an almost horizontal line across all elements, indicating that the sample has the same concentration ratios as the CI chondrites. This horizontal line sits slightly above 1.0 due to the low hydrogen (H) plot (see below for reason).

Figure 1: Elemental abundances in the Ryugu sample, normalized to the analytical values of CI chondrites. Points that sit above (below) 1.0 are elements that are present in larger (smaller) quantities than in CI chondrites (&copyYokoyama et al., 2022).

An image from the scanning electron microscope analysis of the Ryugu sample is shown in Figure 2. Ryugu was found to be mainly composed of phyllosilicates (serpentine (Mg, Fe)3Si2O5(OH)4 and saponite Ca0.25(Mg,Fe)3((Si,Al)4O10)(OH)2·n(H2O)). Other major minerals are dolomite CaMg(CO3)2, breunnerite (Mg,Fe)CO3, pyrrhotite Fe1-xS, and magnetite Fe3O4. All of these minerals are formed via precipitates from aqueous solutions. Within the interior of Ryugu's parent body, the primary minerals would have been decomposed into these secondary minerals in aqueous solutions of melting ice. This phenomenon is called aqueous alteration. Aqueous alteration was so strong in the interior of the Ryugu parent body that few primary minerals now remain. This is also very similar to that of CI chondrites. 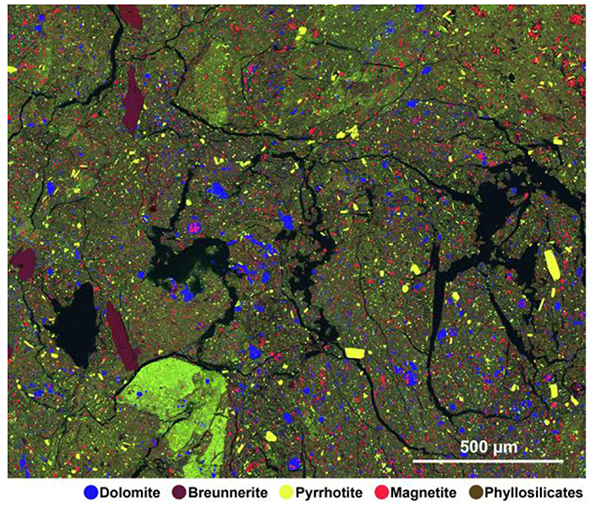 Figure 2: Constituent minerals of the Ryugu sample. All recognizable minerals in this figure are secondary minerals that were formed by aqueous alternation within Ryugu's parent body (&copyYokoyama et al., 2022).

Later, the present-day asteroid Ryugu was formed from the meteorite parent body. After the aqueous alteration, the Ryugu sample does not appear to have been heated above 100℃ at any time until the present day. However, most of the interlayer water that was contained between the layers of phyllosilicates evaporated into space. This is the major difference between the Ryugu sample and the CI chondrites. About half the water in the CI chondrites may be the result of contamination from terrestrial water vapour. If so, the material that makes up the CI chondrites, including organic matter, may have changed significantly from their original state when they were in space. This is an important perspective for future research.