The Bigger the Temperature Change, the Larger the Extinction Event, Reveals Researcher

A professor emeritus at Tohoku University has unearthed evidence pointing to a strong relationship between the magnitude of mass extinctions and global temperature changes in geologic times.

The research was published in the journal Biogeosciences on July, 22, 2022.

"These findings indicate that the bigger the shifts in climate, the larger the mass extinction," Kaiho said. "They also tell us that any prospective extinction related to human activity will not be of the same proportions when the extinction magnitude changes in conjunction with global surface temperature anomaly."

Kaiho cites an earlier study, which claimed a 5.2°C temperature increase in average global temperature would result in a mass extinction event comparable to previous ones. Yet, based on this study's analysis, the temperature will need to change by 9°C, and this will not appear until 2500 in a worst-case scenario.

"Although predicting the extent of future extinctions is difficult because causes will differ from preceding ones, there is sufficient evidence to suggest that any forthcoming extinction will not reach past magnitudes if global surface temperature anomalies and other environmental anomalies correspondingly change," Kaiho said. 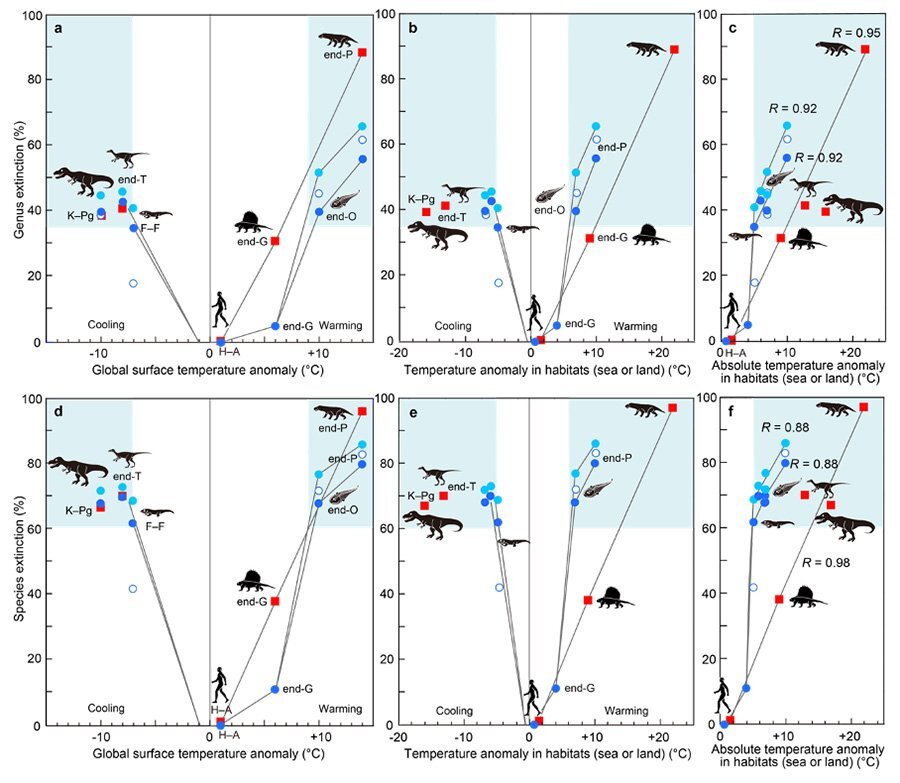 The relationship between genus and species extinction percentage and surface temperature anomaly in major mass extinctions from the end-Guadalupian crisis, and the current crisis in the Anthropocene. ©Kunio Kaiho et al.